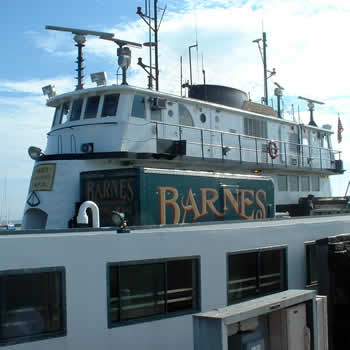 The MVC collects data on various aspects of the transportation system, including:  traffic counts, turning movement counts, inventories of existing facilities and usage, and parking supply and occupancy.  The data is collected primarily in the summer months.  Other data from the Steamship Authority and Vineyard Transit Authority is also compiled especially for updates to the Regional Transportation Plan.

Transportation, including traffic and parking, is an important factor considered when projects are reviewed by the MVC as Developments of Regional Impact.

This planning is carried out in the framework of the latest federal transportation legislation, currently the Moving Ahead for Progress in the 21st Century Act or MAP-21. As a Regional Planning Agency (RPA) that operates as the equivalent of a Metropolitan Planning Organization in Massachusetts, the MVC receives federal funding along with a state match to perform a comprehensive, continuing, and cooperative, or “3C” planning process.

Planning Factors: The planning factors that must be considered in transportation planning processes are:

Who’s Who of Island Transportation Planning

Transportation Planning in Dukes County is the responsibility of a Committee of Signatories that is advised by a Joint Transportation Committee. The Massachusetts Department of Transportation (MassDOT) provides funds to the Martha’s Vineyard Commission (MVC) for transportation planning on the Vineyard.

Transportation in DRI Review: The MVC’s review of Developments of Regional Impact almost always looks at the transportation impacts of proposed projects, including traffic, parking, transit, bicycle, pedestrian movement and possible mitigation of anticipated impacts. Many project applicants are asked to prepare Transportation Impact Assessments of their proposals.

Shared Use Path Network: Martha's Vineyard has an extensive network of Shared Use Paths (SUPs), often referred to as bike paths. They allow locals and visitors to travel to work, school, shopping, and entertainment destinations, as well as to spend recreational time outdoors. They provide an alternative to riding on the road (which bicyclists have the right to do even if there is a nearby SUP) for those cyclists not comfortable being on the same roadway as motorized vehicles. However, the 31 miles of SUPs have several important gaps, which means that bicyclists are forced out onto the road, often in the most congested and dangerous locations, and efforts are underway to complete the most heavily used part of the SUP network by filling in these missing gaps. Click here for links to a number of documents about this effort.

MVC Staff has worked with its Commissioners to analyze the path of least resistance for an up island shared use path (SUP).  We've looked at a range of variables from wetlands and destinations to number of nearby structures & property owners.  Of the three main arteries - South, Middle, and North Roads - North and Middle Roads are the corridors that seem best suited for such an accomodation.  Where possible, we aim to maintain the roadside character in the pursuit of safe infrastructure for cyclists and pedestrians that ultimately reduces reliance on automobiles.

Next steps for this project are to collect field data with high precision GPS device, once the leaves come down in mid-late November.  This data will help inform where the existing pavement runs within the 50' Right of Way, and in turn, better determine how much of the Right of Way remains on either side.  The types of data points that will be collected include survey markers (monumentation), stone walls, pavement edge, and large trees to help round out the existing utility pole and culvert spatial data which we already have.  With this information, more tangible concepts for improving safety can developed and then introduced to the Town Boards/Committees for consideration.