A Housing Production Plan (HPP) is a proactive strategy for planning and developing moderate and community housing that meets the 10% Chapter 40B State Housing Inventory (SHI) target per Massachusetts Housing and Community Development (DHCD) guidelines. HPPs that are certified by the DHCD help towns meet their moderate housing goals.

The Martha's Vineyard All Island Planning Board (AIPB) established a Housing Work Group consisting of one representative from each town planning board. Jennifer Goldson and Judi Barrett have been hired to help the Working Group and provide professional planning services to organize and facilitate the HPP process. The Work Group is coordinating the planning process and has created a forum to identify common interests or problems, exchange ideas, develop Island-wide solutions and keep the AIPB and public apprised of their progress. Out of this collaboration, each town has been tasked with creating its own HPP to meet the affordable and workforce housing needs.

The HPP process offers an opportunity to thoroughly examine the demographic changes and ever-changing housing market conditions – and how this impacts our community and the Island.  A completed HPP will help town leaders, policy makers and residents understand the best ways to move towards meeting the current and future housing needs of each town while preserving the town's character and values.  This plan will also guide decision makers as they look to allocate town resources for any proposed production of new housing by identifying our inventory of existing housing and possible zoning revisions to meet any identified future housing goals.

HPPs are approved at the local level by each Island town's board of selectmen and planning board and then will be submitted to the Massachusetts Department of Housing and Community Development for approval.  HPPs are required to contain the following three elements:

For more information about HPPs, this link will bring you to the State’s website:  Housing Production Plans

Workshop background, presentations, summaries and planning documents for each town can be found here.

We have developed a thorough and public process and invite you to help shape the future of the Island. Each town will hold three interactive community workshops which will help guide its zoning and  housing policies and initiatives as part of the Housing Production Plan. Over the course of the 3 workshops each town will decide who it wants to help with housing, how much housing it needs and where does it want to build it? The workshops will be professionally facilitated by planning consultants from RKG Associates, Inc. and JM Goldson. Developing a HPP will force us to address some big issues about zoning, density and wastewater. Public input and consensus is needed. The workshop schedule is:

Chilmark: Wednesdays at 7:00 on September 21, November 16 and December 14, 2016. Chilmark Library in September and November, The Selectmen's Meeting Room in Town Hall in December.

You can also participate by taking this brief 5 minute survey. Tell us about your housing needs and your priorities and concerns about housing issues: Take The All Island Planning Board Housing Survey 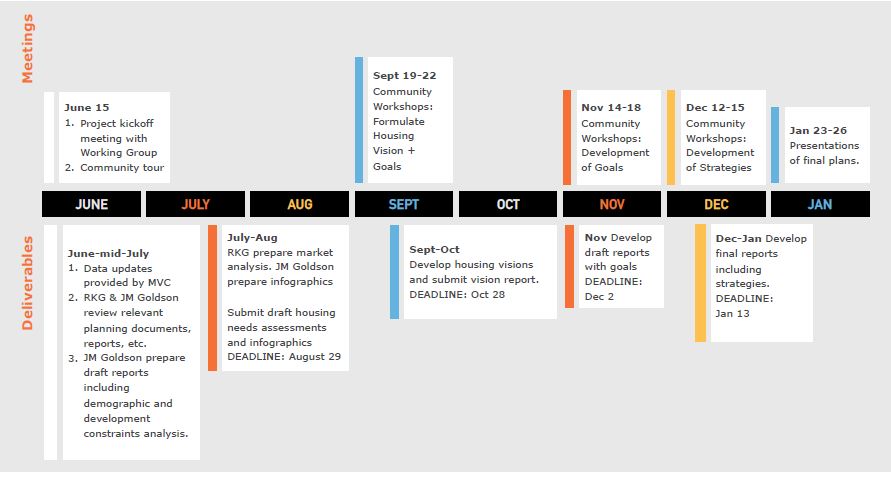 June 22, 2016 All-Island Planning Board and MVC team up to tackle affordable housing

November 9, 2016 Round two of the Island Housing Production Plan begins next week

December 6, 2016 Final public meetings for housing production plans to be held next week

March 8, 2017 Concern but no consensus on All-Island Planning Board

December 1, 2016 Housing Problems on MV Are Deep, But Not Unique